Altissimo has implemented and tested a tool for detecting and classifying modulated traffic noise using a machine learning algorithm. Initial selection of audio samples utilises the Australian In-service Standard for Engine Brake Noise, which detects engine-braking like events based on the RMS modulation of a recorded sound. In field testing resulted in hundreds of “engine-braking” events being detected every day. During manual review of these audio files and the associated images it was evident that the majority of events were due to extraneous environmental noise effects such as:

In additional a large proportion of the detected events were other forms of traffic noise, including:

The large volume of detected events means manual review was not practical. 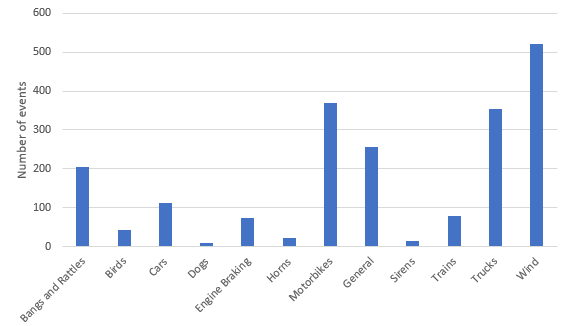 The inbuilt pyAudioAnalysis test-train tools were used to train machine learning tools based on this data-set. The following classifiers were evaluated (with and without beat extraction):

The SVM_rbf classifier yielded the highest accuracy for the classification of traffic noise events and the exclusion of extraneous environmental noise.

Several months of monitoring were performed and all events classified as engine braking were manually reviewed. This yielded the following data-set: 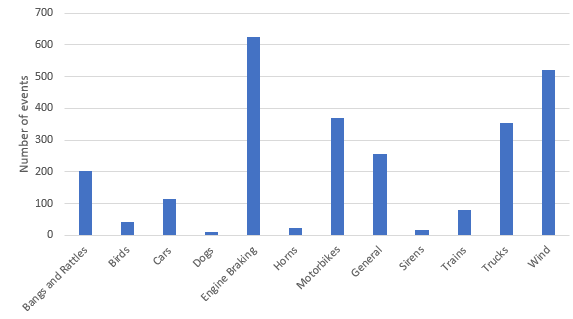 This was used to retrain the model, again the SVM_rbf classifier was found to be the most accurate. The correct prediction rates for the two data-sets are shown below: